Statesboro was recently featured in a summer getaway piece from the Knoxville News Sentinel out of Knoxville, Tennessee!

Read below what they had to say about the Boro!

By T. Wayne Waters Special to the News Sentinel

Georgia is a state blessed with ample agricultural products, particularly the South Central and Southeast sections of the state, tagged the Magnolia Midlands. Georgia earns its Peach State moniker with plenty of the plump, juicy fruit picked all spring and summer. Barbecue is another Georgia staple, as are boiled peanuts, an addictive sho’nuff Southern snack found over much of the state at roadside stands, farmers markets, gift shops and even convenience stores.

Situated about 55 miles northwest of Savannah, Statesboro, Ga., is one town with a goodly number of appealing culinary and agri-tourism spots. Home to Georgia Southern University, Statesboro has grown considerably in recent years but still has small-town charm and Southern hospitality going for it.

Your first taste of Statesboro might rightly be Vandy’s Barbecue at its iconic downtown location. It’s a small, squat, no-frills building with only a handful of tables but you don’t go there for atmosphere. You go because it’s about the best barbecue in the state. Vandy Boyd opened his first namesake barbecue joint in 1929, and the present downtown location opened in 1943. They slow-cook the meat over a wood fire pit out back and also offer some mighty tasty Brunswick stew, potato salad, fries and other accompanying dishes. They also serve a variety of other sandwiches, seafood and meat-and-vegetable offerings — all of it good — but for the love of all that’s Southern, do yourself a favor and get a barbecue plate. Mercy!

After chowing down on some Vandy’s, beer lovers might want to walk it off to the Eagle Creek Brewing Company less than half a mile away on the other side of Statesboro’s compact downtown. The first craft brewery in the Boro, Eagle Creek these days is pouring a light blonde ale, a lemon-lime wheat, a dark and roasty dry stout and perhaps its best, the Low Country Pale Ale. Low Country has citrus and pine notes with just a touch of subtle sweetness. Tours are available on Friday and Saturday early evenings. Just for laughs, ask them how Eagle Creek got its name.

If it’s a Saturday between April and November, stop by Main Street Farmers Market for a grand selection of local produce, meat, dairy products, baked goods, honey, jams and preserves and other goodies.

Statesboro also offers several foodie favorites on the outskirts of town and out in the country. Braswell Food Company is a little over a mile out off of Highway 301. The family operation has been producing award-winning jams, jellies, preserves, relishes, sauces, marinades, salad dressings and more since 1946. Their products can be bought at grocery stores and food shops all over the South and beyond but you can stop and shop at the company’s retail store at their Statesboro headquarters. Try the pear preserves, the very first (and only) product founder Albert Braswell, Jr. made in the beginning. Or maybe some of Braswell’s new special flavored teas.

The only operating grits mill in this part of Georgia is about 6 miles southeast of downtown Statesboro. Freeman’s Mill is a family-run operation that mills grains the old-fashioned way on machinery almost a century old. White and yellow grits and corn meal are their specialties, along with wheat bran. Whole wheat flour is available spring to early summer. If you want to visit Freeman’s Mill, you’ll need to call ahead. Tours of the mill can also be arranged.

Some 10 miles south of downtown Statesboro, Meinhardt Vineyards and Winery offers a tasting bar, winery tours and scenic views, as well as dinner on Friday and Saturday nights. Their specialties are a white and a red made from local muscadine grapes but they offer a variety of fruit wines.

Hunter Cattle Company is an appealing agritourism destination just outside of Statesboro in nearby Brooklet. Located about 16 miles southeast of the city off Highway 80, this family-owned farm offers its own farm-raised grassfed beef, pastured pork, pastured lamb, free-range turkey, free-range chickens and free-range eggs at MooMa’s Farm Store. Hunter Cattle Company’s animals are raised in humane conditions and without antibiotics, steroids or hormones. Their pork sausage won in the 2013 meat category, garnering a “Flavor of Georgia Award,” and their meat products are used by a number of award-winning chefs.

Hunter Cattle Company has two barn loft rentals available in a structure built with original wood from the farm’s barn. One sleeps four ($110); one sleeps six ($130). An “Authentic Farm Experience” is also available that includes a farm tour and participation in some of the easier hands-on farm chores like egg collecting and animal feeding. The extra charge is $50 per person and it requires a two-night stay.

The Beaver House Restaurant is a former stately residence turned elegant boardinghouse-style restaurant on South Main Street in Statesboro. The Classical Revival structure, painted white and featuring two-story-tall columns in front and one-story columns at intervals along the front porch, was built in 1911 and is on the National Register of Historic Places. The meals are always, as the proprietors put it, “traditional Sunday dinners” served for lunch (every day) and dinner (every night save Sunday) at tables large and small. Fried chicken is a classic, though their pork chops, ham and other meats are equally good. A mouth-watering variety of vegetables, made-from-scratch biscuits, fresh relishes, chipped Vidalia onions — requesting second servings is not only acceptable but fine and dandy. Sweet tea is the norm though you can get it unsweet if you must.

For lodging in Statesboro, you can’t do better than The Historic Statesboro Inn & Restaurant, another former home on the National Register of Historic Places, this one dating from 1904 and of similar design elements as the Beaver House. Sitting next door to it is the historic Brannen House, also part of the lodging accommodations for the Inn, making 17 elegant rooms total. Each of the rooms are unique and the property provides the best of traditional style and service along with modern conveniences. Meals are served in a cozy nook of the main house by the inn’s congenial and attentive owner, Denman DuBose, who lives onsite.

Already have a login ? 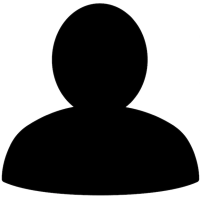 Holiday Happenings in the Boro!